Mysteries is the word that excites humans a lot. Some people start searching to solve those mysteries and some listen to those stories. Mention which one are you?

Some historical mysteries can never be solved. Researchers struggled a lot to find the hidden answers behind that but failed. Many archaeologists discovered things that we humans cannot even imagine. This is because the historical material is not present or the evidence is no longer in the form that cannot be identified. In this surprising article, you will learn about the top 8 mysteries which will blow your mind.

Who was Jack the Ripper?

In the year 1888, jack the ripper, the unidentified serial killer had killed 5 women in London. When police had taken action against all these cases, jack the ripper ha sent letters to police threatening them. The surprising part is that ‘jack the ripper’ comes from these letters. Since then, people had tried to bring up many possible candidates, but they all failed. There are also books and movies written under his name, including jack the ripper.

There was no trace of Cleopatra’s tomb in history. Historians have been trying to find Cleopatra’s tomb but they have all failed. Ancient writers say that Cleopatra 7 and Mark Antony were buried together in a tomb after dying in 30 B.C. Zahi Hawass, Egypt’s former antiquities minister, had conducted many excavations new Alexandria of many tombs which were located near that place. But undoubtedly, Cleopatra’s tomb was not there. Many archaeologists say that even if Cleopatra’s tomb still exists but can be identifiable. Cleopatra is considered to be one of the most powerful women of her time.

The below picture captures the most famous ghost of great Britain. You have a question who was she?

Her name is Lady Dorothy Walpole, she was the sister of Robert Walpole (Britain’s first PM). This image was clicked by Captain Hubert C published for a magazine, they were shooting the pictures of the Raynham Hall and clicked this picture by accident.

Some stories say that she is been tortured and locked up by her husband for having an extra-marital affair. She died due to smallpox in the same place.

Princess Diana was one of those high-profile persons who was suddenly killed in such a shocking conspiracy. Diana died in a car accident when she was with his boyfriend Dodi al-fayed, who died in the same incident. Although there are many reports that this accident took place of a drunk chauffeur, there are no solid proofs behind that. Some reporters say that it’s just a planned death and murder by the royal members of her family.

The great blue hole is located off the coast of Belize. This is 11 feet deep; researchers say that it is one of the largest of its kind. During the exploration of this big hole, people found 2 dead endangered species below the hole. The mysterious thing about this is researchers unable to develop a study that how it is created? What did the natural thing happen which created this deeper?

As it is one of the famous spots for diving, during the exploration, many people found plastic bottles at the bottom of this.

People named it a plague because it was an event that took place in Strasbourg in which hundreds of people danced uncontrollably for over two months. This had started with a girl named Frau who had stepped into the street and danced until she felt exhaustion and collapsed on the floor. After feeling better, she resumed that and continued it for the day, within a month more than 30 people joined her. You can call it hypnotism, these all people danced heavily for months. The shocking part is that several people died due to exhaustion and exertions but they did not stop. Experts suggested that these all happened due to the unhealthy consumption of bread causing fungal ergot. Some myths followed that the girl was cursed to dance immensely by any power.

This bridge is also known as the ‘dog suicide bridge’. There is seen that if you will take a dog near this bridge then the dog will get out of control and will jump off the bridge on the rocks, and will die. That’s why it’s known for dog suicide cases. Statistics show that around 1950 to 2019, around 600 to 1000 dogs have committed suicide. There are also incidents where the owners tried to save their dogs by rescuing them but the dogs uncontrollably get frozen near the bridge and jump off until they are dead. The local people never knew why did this happen.

Researchers mention that there is a strong belief in spirits and ghosts among the native people. There is seen other paranormal activities there. These activities which even science can’t explain.

Yawning is the everyday activity of the human body. But why do we yawn, well the answer to this is, ‘we humans don’t know why we do so’. Scientists say that there are so many functions that take place when we yawn that is our mouth gets wider, saliva is produced, etc. Studies have shown that it is associated with the science of sleepiness.

You should not because we yawn many times, before hitting the stage, musicians yawn, dogs yawn before attacking, and yawn before a skydive. These all activities have nothing to do with sleepiness or boredom. For that reason, to date, it is one of the most mysterious things in the human body.

There are so many mysteries in this world, this is just an overview, you might like this article discussing the awesome facts about Australia that you won’t even imagine that it exists! 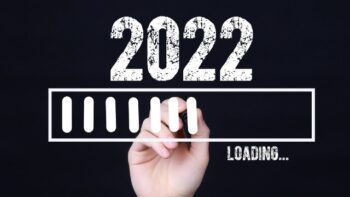