Honey baked ham is a very special dish cooked and widely consumed in western countries primarily the USA. So if you are fond of eating honey baked ham or tasted it earlier, you might have wondered about the recipe and the ingredients used in the preparation of baked ham. So let’s see some basics constituents of honey baked ham.

How to make honey baked ham?

How easy it is to make a honey baked ham? and we friend the copycat the honeybee ham from the honey baked store. Now if you guys are lucky enough to live close to honey baked ham store or have one in your community; you probably already know about the taste. But, now we will tell you- how you can make it you on your own and don’t have to call two weeks in advance to get you one for thanksgiving.

How to heat the ham?

After we put the cut ham slices in the crockpot; this is all the preparation that we need right here. Melted butter and honey in between the ham slice is mouth-watering.

Right? Now set a timer and turn on the power for the heating process. Let me tell you how this works right here. If you want to do it on low you can hit low. It will take up to four and a half hours but we’re not gonna do that we will change this. We will put it on high.

And then we use a crockpot to cut your time in half and set the timing to two hours which is fine. Now, after two hours we take a look at it. You find it amazing, juices that it produces, and by the time now you all know how to make one of these glazed hams.

Take that juice out and mix it. Now, we will boil it and then we’re gonna put that back on here. So, right now we got a challenge we got to get this out of here. And once we get it out we’ll go ahead and put it in this pan, and then we’ll work on the next step.

To find the honey baked ham store or to order you may visit: https://www.honeybaked.com/home

Sprinkle little sugar over it. Heat your oven upright to put it on broil, that means to put some heat in there. We’re going to cook this on here just a little while just to get it going. The temperature of the oven should be 525 degrees and we’re going to watch it. We just want it to bubble a little bit. From that heat, we’re going to caramelize some of this sugar on top. And then we’re going to take it out, and now we’re going to move to that.

You can see now that it’s starting to glaze inside of there now when you take it out it should look like that you see that darker edge right there that’s when it starts to caramelize. Now add some ham juices to it- approx three tablespoons. And now you’re going to see why I tell you that’s a little bit more so once you bring it up to temperature. Keep it for 15 minutes and it is ready to serve!!

Some other forms of honey baked ham

You may also read about: http://editorialsview.com/depression-a-disability-or-a-psychological-state/

How to make Smoked Turkey Baked Ham at home?

Once you get the concept of making ham that is the cure and the smoke you do with anything. So, I thought why not make turkey ham. Instead of using a pork leg use a turkey drumstick. Give it the same cure and beauty. Turkey leg cooks much more quickly and is easy to eat.

Once you get the concept of making ham that is the cure and the smoke you do with anything. So, I thought why not make turkey ham. Instead of using a pork leg use a turkey drumstick. Give it the same cure and beauty. Turkey leg cooks much more quickly and is easy to eat. You can eat it with a single hand.

Call it a monster drumstick or call it turkey ham there’s a lot to love about turkey legs. The rich flavor the tender but not too tender texture an affordable price. So we are going to show you how to turn a fresh turkey leg into a turkey ham.

Always start a brine with boiling water because salt and sugar dissolve in boiling water much more quickly than they would in cold water.

Now the next step is to place them in a strainer and rinse off the excess brine with cold water. Then arrange the turkey legs on a wire rack over a sheet pan. Then blot them dry on both sides with the paper towels. This is very important because the smoke needs a dry surface to adhere. To smoke the turkey ham you can use any smoker. We have used Bradley’s digital smoker which is fueled with these discs of hardwood sawdust. Use maple for the turkey ham. Feed the discs in this hopper and then set the temperature to 250 degrees.

Open the smoker then transfer the turkey legs to the racks and place them in the smoker. And you can see we’re having a bit of a windstorm here on the set of project smoke. Place the second rack in the smoker and sit back for three hours approx. After three hours have a look at this turkey ham.

Beautifully bronzed with smoke, they look done, but you always want to check the internal temperature with an instant-read meat thermometer insert it into the deepest part of the turkey drumstick. Anything near a hundred and fifty degrees is perfect. Now arrange your turkey on a platter and serve the yummy smoked turkey-baked ham. 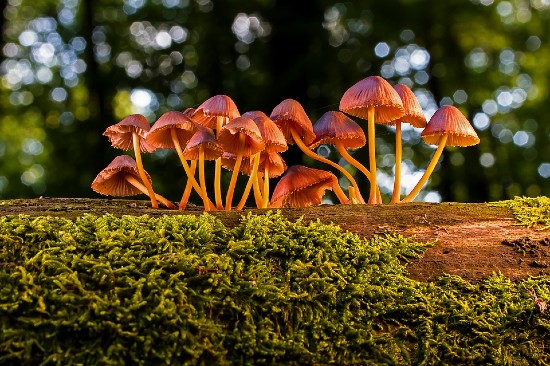