The iPhone 13 lineup has been officially revealed and just like last year, we have 4 brand new iPhones this year. So we have the iPhone 13, the 13 pro, 13 pro max, and the 13 mini. And with this year’s lineup, there are not only major differences between the 13 and the 13 pro but there are even changes and differences based on the storage option that you choose.

So in this blog, we’re going to discuss ten things that you probably missed about the iPhone 13 and some mistakes you need to avoid making before ordering an iPhone 13, and then of course we’ll discuss which iPhone 13 is right for you.

So let’s start off with the pricing because this is something that is a little bit deceiving just like last year. Therefore, apple advertises that the 13 starts at $799 but that is only if you immediately connect it to a carrier. So if you want to buy the iPhone unlocked and use it on any carrier and have no obligation or no contracts it’s actually $829 for the 128-gigabyte model.

But the pro models do not have this discounted pricing based on carrier activation they remain at the same at $999 and $1099 starting prices.

The base model remains at gigabytes and speaking of 128 gigabytes that is now the base storage option for the iPhone 13 lineup. So it used to be 64 gigabytes now apple has doubled that to 128 for the starting model of the iPhone 13 and 13 mini for the same price as they were last year so that’s a good value.

But just to make things a little bit spicier apple also threw in a one terabyte option for the pro and pro max, So you now get the option to select 128, 256, 512, or one terabytes of storage on your pro or pro max. And if you’re curious about the price of the one terabyte iPhone 13 pro max the mac daddy it’s $1599 before tax. So yeah gonna be a pretty expensive year if you want to get the maxed out the highest-end iPhone you can get.

I will say that this year if you’re going for the pro models you might actually want to get a higher storage option than you would previously. And that’s because of apple’s interesting decision that they made with limiting a specific feature on the 128-gigabyte models. So Apple didn’t mention this during the event but if we dig into the specs right here.

You can see that prores video recording one of the major new features coming to the 13 pro and pro max can only be shot in up to 1080p on the 128-gigabyte model 1080p but if you get the 256, 512, or one terabyte model you can record that prores video and up to 4k 30fps.

So if you plan on using that prores video recording feature which you probably are if you’re going for the pro then just go ahead and get 256 or above. So you’re gonna have to spend a little bit more than you maybe wanted to but apple is limiting that feature to 256 and above this year. Just make sure you have that two terabytes of storage in your iCloud because I’m sure that this video you know this format is going to eat up a lot of storage which is probably why apple you know required 256 gigabytes or higher.

Battery Life Out of this World

To ensure that your iPhone will not die while recording one of those videos apple decided to increase the battery size. The physical battery size is across the board for all iPhone 13 models. Now obviously last year the iPhone 12 mini just had horrendous battery life it had the smallest battery and it just kind of flopped because the battery life was so bad. So apple listened and they threw in a bigger battery not just on the 13 mini but again across the board.

So pretty big bumps for the main you know iPhone 13 and then the highest in the 13 pro max so the 13 pro max is just going to have like multiple-day battery life at this point. Because the 12 pro max already had amazing battery life but to add an additional two and a half hours it’s crazy so the improved battery is nice.

So this is one downside of having a physically larger battery inside these iPhones but in my opinion, it’s worth it for that much of an increase in battery life.

Now as for the display all iPhone 13 models will have the same super retina xdr display as last year. But the big addition this year is going to be the 120-hertz pro-motion display that’s being added to the pro and the pro max. And unlike a normal 120 hertz display the iPhone 13 pro does not just stick to 120 hertz when the option is selected instead it has an adaptive refresh rate.

You can see that the 13 has the same brightness as the pros from last year and the 13 pros now have 1000 nits of max brightness compared to 800 last year on the 12 pros. And we also have the same 1200 nits of peak brightness when watching hdr content so every iPhone 13 across the board is going to have improved brightness.

Now another big design change that Apple introduced with the iPhone 13 is a smaller notch. So we have a smaller notch on all four of the new iPhone 13s it’s smaller by about 20 percent. But what’s interesting is that yes it’s smaller horizontally but it’s actually a little bit taller than it was in the past on past iPhones.

So like I said apple calls this a 20 smaller notch but I have a sneaky suspicion that this will look even smaller than 20 when we get these in hand so I cannot wait for that.

Finally, let’s discuss the a15 bionic chip. This is apple’s new chipset the successor to the a14 bionic and of course, all iPhone 13 models will be getting the same a15 bionic chip inside with the same four and six gigabytes of ram that we had on last year’s models.

Now apple didn’t really specify how much faster the 13s are compared to the 12s so that alone leads me to believe that the performance difference is going to be very minor year to year so from last year’s to this year so I would not expect a big jump.

Better Gaming on the Pro ?

However, with the pro models, we do have a 5 core GPU versus a 4 core that we had on last year’s pros and also what we have on the 13 so the 13 has a 4 core GPU. While the 13 pros have a 5 core GPU so that could improve graphics performance and gaming but it’s probably not going to be anything major. So stay tuned for my speed test blog because of course, I will be doing the speed tests.

Should you Upgrade from iPhone 12 or iPhone 11?

So now for the big question which iPhone should you buy and let me start off by saying that if you have an iPhone 12 or 12 pro then I would not upgrade this year. I mean there’s really nothing too compelling to warrant an upgrade in my opinion unless you just are in love with the thought of a promotion display. I would say just wait for the iPhone 14 or maybe the 15.

Which iPhone 13 is Right for You?

I mean you’re getting most of the features that you have on the pro especially the camera. The difference in the camera quality between the 13 and the 13 pro and pro max is going to be very minor. Most people are not going to be able to tell a difference whatsoever. And again if you do not care about that promotion display that 120-hertz display just go with the iPhone 13 and save yourself a couple of hundred bucks not to mention you have more fun colors to choose from with the 13 as well.

Now, if you have smaller hands or if you just prefer a smaller iPhone then I would go with the iPhone 13 mini because we’re going to have an hour and a half of additional battery life over the iPhone 12 mini which was a great device. But the battery life was a big pitfall and really one of the main reasons that people did not like the 12 mini. So I think the 13 mini now that it has that better battery life is going to be a great device and one that I can really recommend. And the only reason I don’t have that as the best value and the one I think everybody should get is that it might just be too small for a lot of people.

So if you have not held a mini phone the 12 mini then I would go into the apple store and hold it and just see if it’s right for you. Before you go ahead and pre-order or order the iPhone 13 mini now as for the iPhone 13 pro this is going to cost you an additional $200 at least over the iPhone 13 which is a decent amount of money.

And for the extra $200 you are going to be getting better battery life a better camera you know with that additional ultra-wide lens that 120-hertz variable refresh rate a brighter display and a 5 core GPU for slightly better graphics performance and then for the pro max that’s going to be $300 more than the iPhone 13 and really there’s no big difference between the pro and pro max this year.

So really the only reason I think you should get the pro max over maybe the pro or the regular 13 is just simply for the size of course you do have better battery life the 13 pro max is going to have the best battery life of any iPhone ever. And that’s another reason but you have to be willing to put up with the big weight and size of the iPhone 13 pro max. So just imagine the 12 pro max but just slightly heavier so basically, it comes down to whether or not you want the best of the best or if you’re just fine with having the regular 13 and saving two to 300 bucks.

Because really there’s nothing major nothing really that’s a must-have in my opinion on the pros this year aside from maybe that promotion display. So if you don’t think you’re going to be able to tell a difference you know if you don’t really care too much about that then I would say again go for the 13 and save yourself a couple of hundred bucks.

But in my opinion, I think 90 people are going to be getting the iPhone 13 and I think that’s the right decision for 90 people. Now of course if you can wait a little bit and you do not need to get your iPhone 13 asap like right on launch day just wait. 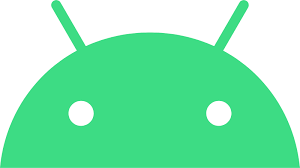 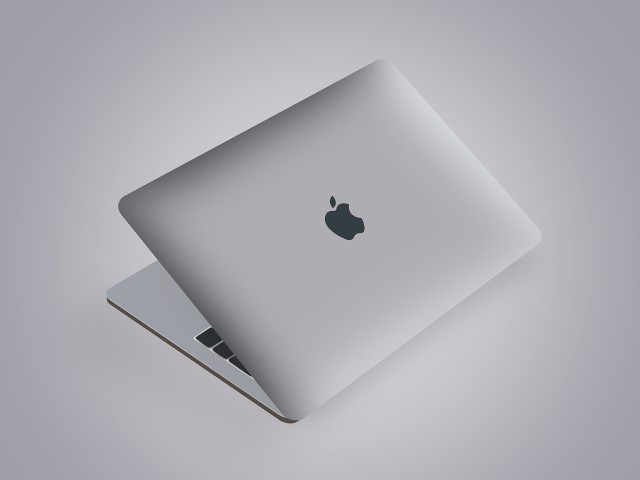